These steels are eminently weldable using 6013 electrodes or G3Si1 (SG2) MIG wire up to 18mm thick. Above that its probably wise to change to 7018 electrodes but the wire can remain as G3Si1 or SG2. This MIG wire is usually low hydrogen, often lower than low hydrogen electrodes, but beware of some of the lesser known brands.

Some of the higher grades of mild steel need low hydrogen rods to match the strength, and some need low alloy (such as 1% Nickel steel) for strength and low temperature toughness. 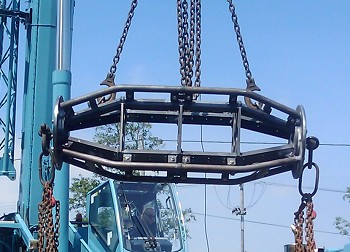 The thicker the steel the more stresses and strains are produced by the heat of welding. 7018s produce a cleaner, more ductile and stronger weld metal better equipped to withstand these higher stresses. Also the thicker the plate the greater the chance of hydrogen induced cracking. 7018s are low hydrogen and as such are less prone. 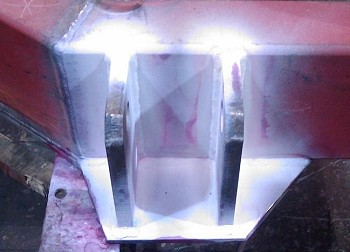 Just to confuse us the designations SG2 and SG3 are now obsolete, replaced by G3Si1 and G4Si1 respectively. That’s right SG2 is now G3Si1 and SG3 is now G4Si1.

The old A18 designation is really SG2. The American spec AWS ER70S-6 encompasses both the G3Si1 and the G4Si1, although for commercial/ production reasons it is more likely to be G3Si1.

What is the difference? Well G4Si1 has higher Silicon and Manganese making it both higher strength and better able to cope with rusty steel plate without producing porous welds.

Many believe SG3 or G4Si1 is higher grade, better quality. It isn’t its just different. Because of the higher Si it flows better and for this reason many welders prefer it to SG2. SG3 also carries current better and will produce welds of acceptable appearance on settings at least 100 amps higher than SG2, with advantageous affect on productivity. This grade also appears the best suited to some of the new electronic wave form control equipment such as Surface Tension Transfer (STT). 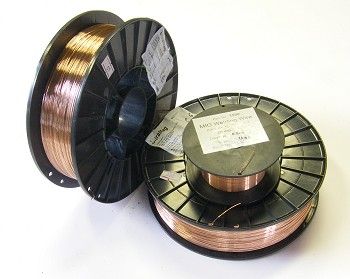